Former Bachelor contestant, Bekah Martinez, announced on Thanksgiving that she and her boyfriend, Grayston Leonard, are expecting their second child together on Instagram. In the picture, you can see the pair holding a sonogram while Martinez held their 9-month-old daughter Ruth Ray De La Luz on her hip.

Martinez also shared a photo of her baby bump to her Instagram story, where she wrote, “Among the things I’m thankful for this year…”

The news about the new addition to the family was met with a flood of comments, which included sweet messages from her former Bachelor and Bachelorette contestants.

This summer, Martinez celebrated her first child’s 4-month milestone on June 2, and shared photos that depicted a smiling Ruth next to a sign which read, “I AM FOUR MONTHS OLD.”

For the photo shoot, the youngin wore a gray-and-white onesie with ruffled sleeves and a gray knit hat with matching shoes – one of which was missing from the photographs.

“This cutie’s so excited to be four months old that she kicked her dang shoe off … we are all SO in love with this kid,” Martinez captioned the post alongside the images. “She’s been laughing and blowing bubbles like crazy!”

The news of Martinez expecting her second child comes at the time when other Bachelor alums have welcomed their babies. On May 4, Whitney Bischoff welcomed her son Hayes Singleton, and later in May, Arie Luyendyk Jr. and Lauren Burnham became parents to their beautiful daughter Alessi Ren. Then a few months later, Tanner and Jade Roper Tolbert welcomed their second child, Brooks Easton, on July 29. Lastly, earlier this month, Carly Waddell and Evan Bass welcomed their second addition to the family, Charles “Charlie” Wolfe. 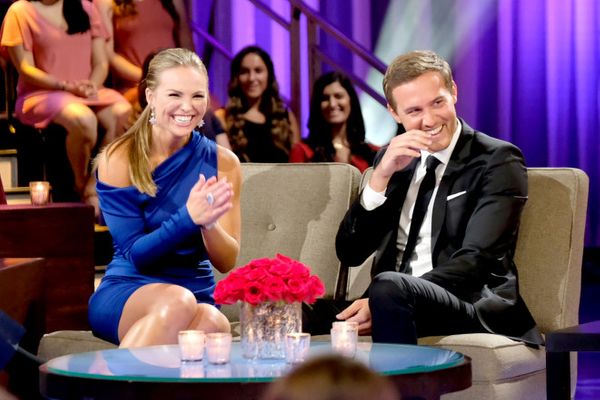 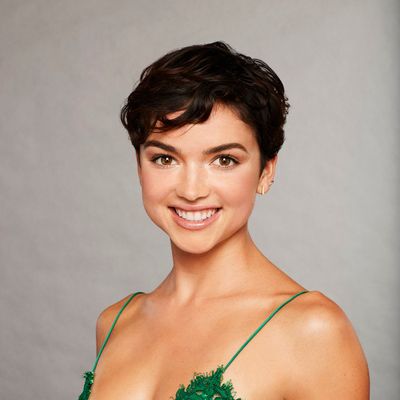