The Bachelor finale is officially just around the corner!

Matt’s journey to find love certainly hasn’t been without drama, and after some surprising eliminations and some great women competing for his heart, many can’t wait to find out who Matt picks in the end. Since the beginning of the season, Bachelor nation’s resident spoiler king Reality Steve has been spilling all the details on Matt’s season, including his predicted final two and winner.

Matt’s group of women is now down to the final three: Bri Springs, Michelle Young, and Rachael Kirkconnell. If you just can’t wait to find out what happens this season on The Bachelor, follow along as we breakdown some major clues and reveal the ultimate spoiler of who is predicted to win Matt’s season and whether or not he’s engaged.

Reality Steve has revealed that Matt’s final two will be Michelle and Rachael, which means that Bri Springs will be eliminated before the final rose ceremony.

He continued to reveal that Matt’s father shows up unexpectedly to have a conversation with Matt which affects him deeply. Both Michelle and Rachael meet Matt’s mother.

Reality Steve added that on the night portion of Matt’s last date with Michelle, he breaks it off with her saying that he loves her but is not in love with her. Michelle guesses this is because he is in love with Rachael, to which Matt agrees.

At this point, Matt is still confused and emotional and decides to cancel his final date with Rachael. The next day, Rachael gets a note under her door from Matt apologizing for canceling the date and asks her to meet him. During this meeting, Matt tells Rachael he cannot propose to her but he loves her and wants to continue to pursue a relationship.

Reality Steve continued to reveal some major post-show spoilers regarding Matt and Rachael’s relationship. Rachael became the target of controversy when some questionable photos resurfaced from her past, which definitely put some pressure on their relationship leading up to the show’s finale.

Reality Steve revealed that Matt broke it off with Rachael just shortly after the two spent Valentine’s Day weekend together. The exact reason for the split hasn’t been clarified, but Reality Steve predicts that Matt will open up about the decision on After The Final Rose.

The resident Bachelor nation spoiler king continued to reveal that he hasn’t heard any news that Matt plans to get back together with Michelle or Bri.

How do you think Matt’s season of The Bachelor ends? To see exactly what happens between Matt and Rachael, we’ll just have to tune into The Bachelor Mondays on Mondays at 8 p.m. ET. 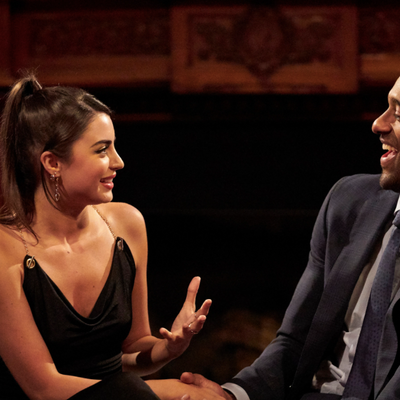