Have you ever wondered where the celebrities go when they’re not invited to the Academy Awards ceremony? Here’s an answer that will hopefully satisfy. They go to Elton John’s Oscars party.

There  are actually several celeb-laden parties throughout Los Angeles on Oscar night. For those who want to get really dressed up–such as Kim, Khloe and Kourtney Kardashian… Britney Spears… Elton John hosts a big soiree entitled, The Elton John AIDS Foundation Oscars Party. This was the 22nd annual viewing party, and these sassy gals donned their party gowns (well, except for the suit-wearing Kourtney) and sat in on the action.

It seems the aforementioned gals were game for some press, but as far as the Kardashians go, isn’t the Oscar-attending crowd the same group of people who are quite critical of the Kardashian lifestyle? Jon Hamm? Daniel Craig? Other A-listers?

And what exactly was Britney doing while posing for her photos? Was her gown snagged on a heel? Did Brit just fly in from her Las Vegas residency? She looked as if she decided to go at the last minute. I hate to criticize the poor thing, but she should really consider laying her music career down gently, or reinventing herself as a something a little more serious that the 30-something who still sings “Baby, One More Time.”

On good authority, it seems the Vegas brass in charge of her show are quite unimpressed with the residual resonance of the show, and are already considering buying her out, and replacing her with Katy Perry. So, maybe it was those Vegas producers who politely said, “It would be great for the show for you to make an appearance at the Elton John Oscars Party,” when what they meant was, “You get your butt to L.A., put on a pretty dress, smile for the cameras and sell some flipping tickets!”

Regardless of why they were there, you can take a look at the beauties in their “Oscars are happening down the street” gowns in the video below. 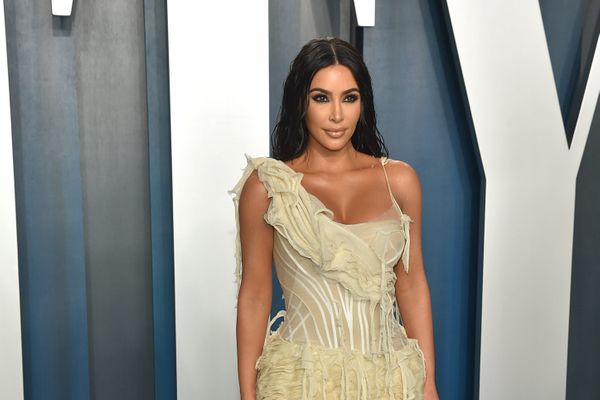