While Justin Chambers might have left Grey’s Anatomy for good, the same can’t be said about his character Dr. Alex Karev.

After news of Chambers’ sudden exit from the long-running medical drama broke, it was revealed that his final episode aired last November. However, his final scene was not Alex’s final farewell.

Since Grey’s Anatomy‘s 2020 return, the show has addressed his character several times, referring to him being away taking care of his sick mother, and recently, that he hasn’t been returning his wife’s phone calls. Additionally, Jo returned home at the end of the show’s last episode to find Alex still wasn’t home and that she shouldn’t expect him to return anytime soon.

In a recent interview with Variety, Grey’s Anatomy showrunner Krista Vernoff addressed Alex’s sudden exit, saying, “It was a very careful threading of a needle, where we are giving a little bit of information and pain to Jo. We’re, episode by episode, illuminating the story of where Alex is. And it takes us quite a few more episodes to get there and to give the audience clarity.”

She went on to explain that Alex’s sudden exit is “a bit of a mystery” mostly because the writers didn’t want to put Jo back into the same emotional situation she found herself last season. “We did it as carefully as we could,” Vernoff told Variety, referring to his exit. “But it takes a while to get there.”

In January, Chambers announced that he was leaving Grey’s Anatomy after 16 seasons as a series regular. “There’s no good time to say goodbye to a show and character that’s defined so much of my life for the past 15 years,” he said in a statement at the time. “For some time now, however, I have hoped to diversify my acting roles and career choices. And, as I turn 50 and am blessed with my remarkable, supportive wife and five wonderful children, now is that time.”

He then thanked “the ABC family, Shonda Rhimes, original cast members Ellen Pompeo, Chandra Wilson and James Pickens, and the rest of the amazing cast and crew, both past and present, and, of course, the fans for an extraordinary ride.”

His fellow costar Pompeo reacted to the news that same month, retweeting a Vanity Fair post that read, “#GreysAnatomy is about to feel one of its biggest losses yet.” The actress replied along with a broken-heart emoji: “Truer words have never been spoken @VanityFair.”

In a video obtained by Page Six in January, Chambers said that he is looking forward to “life, family, love and friendship” in the next chapter of his life. “Grey’s has been very supportive of me and I’m very grateful and it’s been a great ride,” he said at the time. “Of course, anywhere that you spend 15 years, it’s a big chunk of your life.” 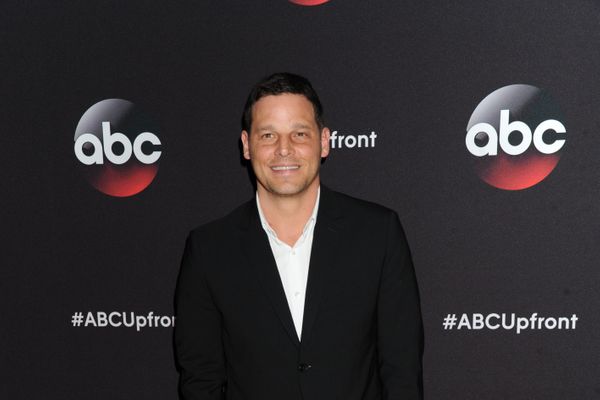