It seems the world truly does love Kellie Pickler because CMT’s I Love Kellie Pickler is already back for round three! The “Red High Heels” singer, who rose to fame after competing on the fifth season of American Idol, recently talked to Fame10 and shared some exciting details about what fans can expect to see in the upcoming season!

The North Carolina native and her husband, songwriter Kyle Jacobs, star in the docu-comedy series which gives viewers an inside look at their life in Nashville, including time in the studio, friendships, relationships, family, and a whole lot of funny shenanigans! According to Kellie, it’s just “a feel good show” and this season will deliver even more smiles and laughter. There will also be many new adventures like watching Kellie and Kyle check off another bucket list item as they travel to Alaska and go dog sledding. She heads to Baghdad over Christmas on her 11th USO tour and Las Vegas for the American Country Music Awards. Kellie and Kyle also train for the Nashville marathon, spend time with family and, best of all, Kellie will be in the studio working on a new song from start to finish!

When asked about her favorite thing from season 3, Kellie said it was filming her USO tour because it’s a cause that is very special to her. She has been traveling overseas to visit the men and women in service since 2007. “The USO is probably the most heartfelt. Just being able to shine a light on our military. […] There are a lot of beautiful, sweet, memories we were able to capture this season. I think that’s my favorite,” she said. It’s hard to pick just one because each episode has something special. “There are these sweet moments in every episode, and I love that because I think people are starving to feel good and laugh and to just have that sweet feeling, you know what I mean? […] It just makes you feel good.”

Not only do fans get to watch the “Best Days of Your Life” singer in her everyday life, but viewers get to see her adorable relationship with Kyle. Kellie’s favorite thing about filming with her beau is the time they spend together. “Before we started doing the show, I was touring all year. I’ve lived on a tour bus since I was 19-years-old, you know, I love touring, I love traveling, I love being out on the road and performing, but I love being at home too,” she said. “We get to capture these memories that when we’re older, we’re 85 or 90-years-old, we can watch back and think, ‘Oh my gosh, remember when we were kids…’ It’s like a video scrapbook of sweet videos that we’ve made that we’ll look back on down the road and think, ‘What were we thinking?'” she joked.

Filming a reality show can be a huge risk for any celebrity, especially one like Kellie and Kyle who tend to keep their personal lives private. So when Kellie and Kyle were approached to film their own reality show their biggest priority was setting boundaries, not only to protect their privacy, but their friends and family as well. “When we sat down with the production company, and obviously CMT, I’ve had a home there for years since I was 19, we were all on the same page. We want to keep it positive. We want to make people laugh. […] It’s important to set boundaries and say this is what we’re okay doing, this is what we want to do, this is what we are going to stay away from,” she said.

Being the sweet-natured person she is, Kellie is also mindful that what she puts out there could influence her fans which is why chooses to film only positive things like the USO tours, volunteering at St. Jude Children’s Research Hospital, and training for the Nashville Marathon. “As long as we are bringing people together in a positive way and shining a light on something that matters at the same time, and we can have fun and laugh while we’re doing it, I think that’s a win, win, win situation. That’s three wins! I love it,” she said with a laugh.

Many country stars refer to the genre as a close, tight-knit family, especially since a lot of them live in the central hub of Nashville, Tennessee. In past seasons we’ve watched Kyle work in the studio with country star Lee Brice and Kellie and Kyle get a cooking lesson from Little Big Town’s Kimberly Schlapman! Kellie hinted that season 3 will bring even more celebrity run-ins! “Well there just might be…there just might be!” she said coyly. “We shoot in Vegas, ACMs and studio work, so there’s artists running around everywhere. We’ll see! I’m anxious to see all of the edits come together.”

In addition to filming at the ACM Awards, viewers will watch Kellie in her element — the studio. This season will follow her as she works on a new song from start to finish. “We do capture the whole process of how a song comes alive from the writing, to putting the band together — really just composing and working with my husband in the studio, and debuting the song on stage. That whole process that a song goes through before it’s that finished product,” she said. The song she is working on is something she co-wrote for the anniversary of her grandmother’s passing. “It’s a tribute to her and just kind of back to the roots of why I fell in love with country music. It’s all about putting life into the form of a song. And you get to see the song come to life from the writing to the master.”

Not surprisingly, I Love Kellie Pickler has been a huge success for CMT in terms of ratings. When the show debuted in 2015 it gave CMT it’s highest rated premiere with adults since 2012, and women since 2008! Despite her gratitude for the overwhelming success of the show, that was never the goal for Kellie and Kyle. They just want to “put good stuff out there, good energy, love, laughter and hope people gravitate towards it,” she said. “I think people need to see that, you know? They need to feel good and television needs that.”

Season 3 of I Love Kellie Pickler premieres on Thursday, August 3rd at 11 p.m. on CMT. Here’s a sneak peek of the new season! 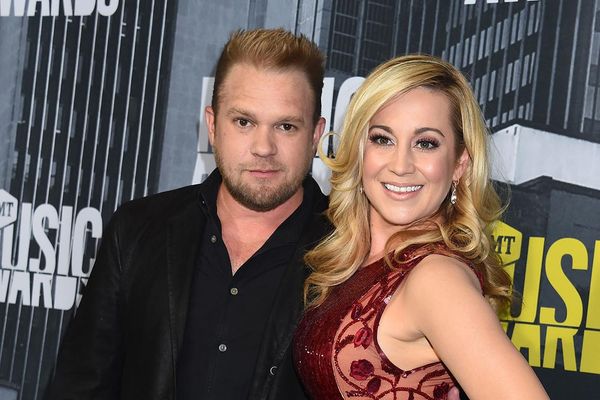