Actress Patrika Darbo, otherwise known as Shirley Spectra on The Bold And The Beautiful (B&B) and Nancy Wesley on Days of Our Lives (DOOL), will be reprising the role of Nancy on the new digital series Last Blast Reunion.

Chloe Lane’s (Nadia Bjorlin) mom will reportedly be an integral part of the storyline on the show, according to Soap Opera Digest.

Last Blast Reunion begins on November 29 on the DOOL app. After the premiere, another seven episodes will air each Thursday on the app. They will then be available for viewing on both the NBC app and NBC.com a week later.

Darbo played Nancy on DOOL from 1998 to 2017. The character was created by then producer Tom Langan, who wanted a “real woman” instead of a “super-skinny” actress to play the part. Darbo eventually moved on to B&B, taking on the role of Sally Spectra’s (Courtney Hope) feisty grandma Shirley from 2017 to 2018.

But what will the scheming Nancy be up to in New York? Will she be meddling in her daughter Chloe’s life? Stay tuned to find out!

Rumors had been circulating for weeks that Jay Kenneth Johnson would be reprising his role as Philip Kiriakis on Days Of Our Lives (DOOL). Actress Lauren Koslow (Kate Roberts) had posted a photo with him on Instagram back in October and the photo was quickly deleted. According to People.com, Johnson will return to the role of Philip in the DOOL digital series Last Blast Reunion.

The main storyline will begin when Belle and Chloe discover that Kevin has reopened the .Com Café in New York. The three of them will then organize a last blast crew reunion. The series will run for eight weeks.

Each episode will reportedly run for seven to ten minutes and will air on the DOOL app every Thursday and will then be available for viewing on the NBC app and NBC.com a week later.

Johnson had played Philip on DOOL from 1999 to 2002 and from 2007 to 2012. He’s also guest-starred on a number of primetime shows including The O.C., Charmed, North Shore, CSI:NY and had a recurring role as Dr. Matthews on Scrubs.

Once Last Blast Reunion ends, will Philip make his way back to Salem? Keep watching DOOL to find out! 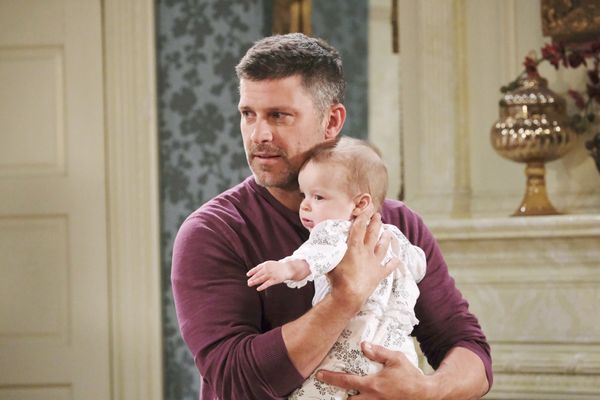 Days Of Our Lives: Spoilers For December 2019