Matt James’s journey to find love is nearing an end this season of The Bachelor! Last week fans saw Matt visit the families of his final four, Rachael Kirkconnell, Serena Pitt, Bri Springs, and Michelle Young, during their hometown dates.

In a dramatic turn of events, frontrunner Serena Pitt opted to send herself home after speaking to her family and realizing that there is something missing in her relationship with Matt. Heading into tonight’s episode, the women from Matt’s season will reunite onscreen for the Women Tell All special and viewers will get a sneak peek into Matt’s fantasy suite dates.

If you just can’t wait to find out how Matt’s season ends, you’re in luck! Bachelor nation spoiler king Reality Steve has shared everything he knows so far about the season, including Matt’s predicted final two and whether or not he’s engaged to the winner. For this and more, follow along as we breakdown the ending of Matt’s season and reveal the woman who receives his final rose.

Reality Steve previously revealed that out of Matt’s final four, he believed it would be Serena and Bri who would be sent home before the final rose ceremony. His prediction about Serena was correct, which means that Bri Springs will likely be eliminated after fantasy suites, leaving Rachael and Michelle as Matt’s final two.

Reality Steve has revealed that between Michelle and Rachael, he can confirm that it is Rachael who receives Matt’s final rose. He added that he’s been told that Matt actually lets Michelle go before the final rose ceremony rather than leading two women on to a potential engagement.

Reality Steve Bachelor Spoilers: Are Matt And Rachael Together?

Rachael Kirkconnell has been the target of controversy since some questionable photos from her past resurfaced. It’s unclear exactly how the ending of their relationship plays out, but Reality Steve has confirmed that Matt and Rachael are no longer together following the new information that has come to light about her.

To see exactly what happens between Matt and Rachael, we’ll just have to tune into The Bachelor Mondays on Mondays at 8 p.m. ET. 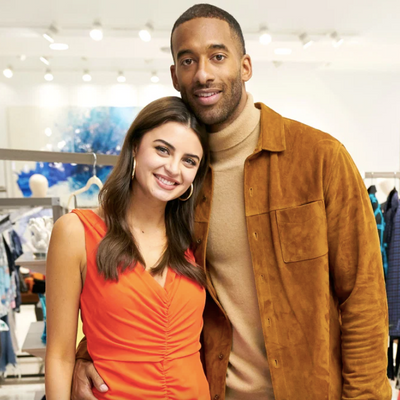