“Once again, they’ve made me an offer I can’t refuse. But this is the very last time I’m doing this, which could make for a fun evening,” Gervais said in a statement about hosting the event.

“There is always a palpable electricity in the room when Ricky takes the Globes stage. His return as master of ceremonies at the Golden Globes is much anticipated,” said Paul Telegdy, Chairman of NBC Entertainment. “It is sure to make for an unexpected evening. We can’t wait to see what he has up his sleeve.”

“When Ricky Gervais is at the helm of the Golden Globes Awards, we can always expect the unexpected,” said HFPA President, Lorenzo Soria. “We’re excited to see it all unfold on Jan. 5!”

The British comedian first hosted the 2010-2012 award shows, and then made a return as host for the fourth time in 2016. Many have acclaimed that Gervais is the best Golden Globes emcee thus far, and have applauded the comedian for his unexpected jabs.

The announcement of Gervais emceeing the event comes at a time where many award shows are choosing to go without a host, it has also become apparent that the HFPA is relying on the star’s past successes to increase viewership. Last year’s Golden Globes – hosted by Andy Samberg and Sandra Oh – scored the lowest viewership rating for the show in the past three years.

In 2017, Gervais told PEOPLE that he would be thrilled to have another chance at hosting for the Golden Globes.

“At the moment, there’s something in the news every day that makes me go, ‘I wish I was doing the Globes tonight,'” the comedian said. “It would be too easy. Oh my God, how easy would it be? Bullseye.”

The 2020 Golden Globe Awards show will be live-broadcasted on NBC on Sunday, January 5, 2020 at 8 p.m. ET/PT from Beverly Hills, California. 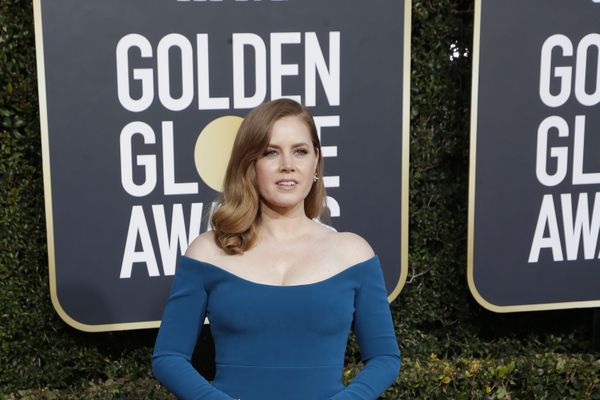