After the devastating fire that broke out at the iconic Notre Dame Cathedral in Paris, actress Salma Hayek’s husband Francois-Henri Pinault has pledged €100 million which equates to over $113 million in order to help rebuild the cathedral.

The French billionaire businessman made a statement obtained by the newspaper Le Figaro, saying, “My father (François Pinault) and myself have decided to release a sum of €100 million from our Artemis funds (the family holding company) to participate in the effort that will be necessary for the complete reconstruction of Notre-Dame.”

Pinault’s donation is the first major one announced. Through Kering, an international luxury group, his family owns and controls a number of businesses including Gucci, Alexander McQueen, Stella McCartney, Saint Laurent and Balenciaga.

Pinault made his pledge after French President Emmanuel Macron made a speech confirming that the cathedral would be rebuilt after the devastating fire which broke out on Monday, April 15 in area which is under renovations but there were no workers scheduled to be on the rooftop scaffolding at the hour the fire broke out.

“The worst has been avoided, but the battle isn’t fully won yet,” Macron, 41, told crowds outside the church.

He continued, “It is with pride I tell you tonight we will rebuild this cathedral . . . we will rebuild Notre Dame because it is what the French expect of us, it is what our history deserves, it is, in the deepest sense, our destiny.” 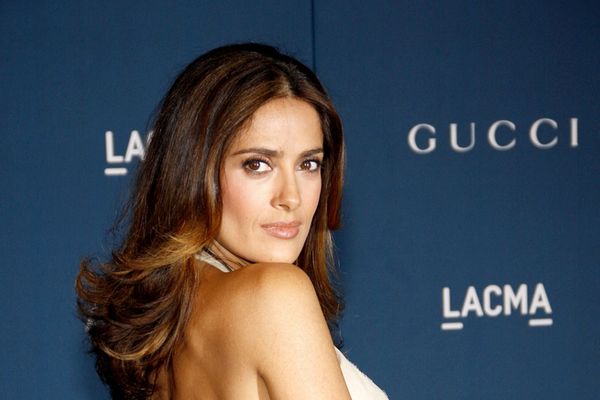