Country star Thomas Rhett and his wife Lauren Akins had a big year in 2017 as they adopted their first child, daughter Willa Gray and shortly after welcomed their first biological daughter, Ada.

Now, Lauren has opened to Us Weekly about their adoption journey and welcoming two daughters in under a year, explaining that she knew she always wanted to adopt. “My heart has always been drawn to that. It just started as this calling in my life, to speak for these children who don’t have a voice. This is what I was really here to do. It lined up perfectly with my heart.”

In 2016, Lauren traveled with the organization 147 Million Orphans and since she and Rhett were having issues conceiving, they decided to adopt and Lauren revealed adoption has always been very close to home for her. “I had always wanted to adopt. My mom is actually adopted. I am a product of an adopted family. So, it has always been something that has been very natural for me.”

While travelling with the organization, she met her daughter Willa in Uganda and immediately was “drawn” to her. “I just tell everyone she was always my baby. It just took us a little bit longer to find each other,” she explained. “I called Thomas one of the first nights I met her in Uganda and told him about her,” she recalled. “Without hesitation he said, ‘Bring her home. She is ours. We are going to make this happen.’”

The pair were then surprised when a few months after making the decision to adopt Willa they found out that Lauren was pregnant. In May 2017 they brought Willa Gray home and in August they welcomed Ada James. “As hard as it is having the two of them so close together, it’s also amazing,” Lauren said. “I love that they have each other. It is very, very sweet.”

While the two definitely want more children for now Lauren says they are “definitely going to have a little break.” 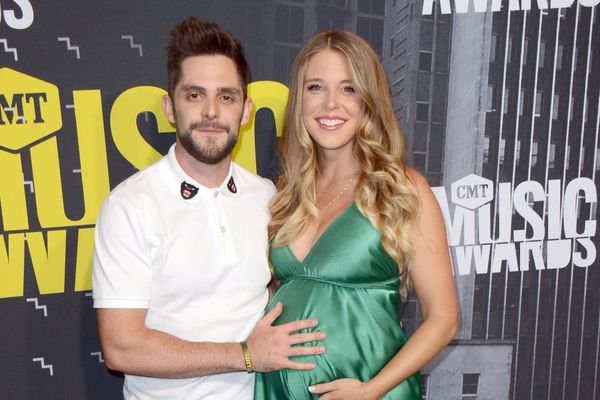