Who Does Ben Choose On The Bachelor 2016? Final Rose Revealed!

It is hard to believe that after tonight’s episode, one day after Valentine’s Day, Ben Higgins’ pool of 28 potential girlfriends will be narrowed all the way down to four on The Bachelor.

With the exit of former frontrunner Olivia Caridi, and the surprise exit of Leah Block last week, it is harder than ever to predict just who Ben will pick at the end of the season. Tonight Ben is left with Emily Ferguson, Becca Tilley, Amanda Stanton, Caila Quinn, JoJo Fletcher and Lauren Bushnell, and we will see him go on two very successful one-on-one dates with Lauren and then JoJo in his hometown of Warsaw, Indiana.

Who Does Ben Choose On The Bachelor 2016? Final Rose Revealed!

Luckily for fans who just can’t wait until March 14th when the final rose ceremony airs, Reality Steve has all the spoilers needed for this season of The Bachelor, right down to who Ben picks. After narrowing it down tonight to Amanda, Caila, JoJo and Lauren, Amanda is  the next to be sent home followed by Caila after overnight dates, which only leaves JoJo and Lauren for the final episode.

It seems Ben has a hard time choosing and sources say he tells both women that he loves them, but ends up choosing Lauren Bushnell, leaving JoJo completely devastated. Not only does he end up with Lauren, the two become engaged according to rumors!

Check out a recap of Ben’s final six and the winner here! 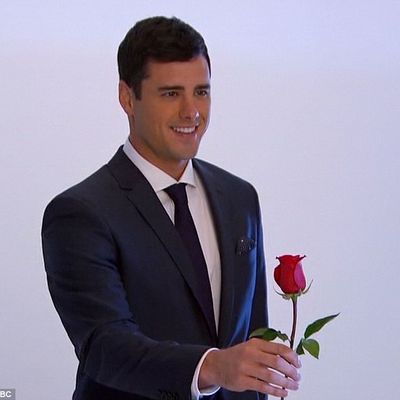