Who Wins The Bachelor 2016: Final 2 And Winner Revealed

After last week’s dates in Ben’s hometown of Warsaw, Indiana, things were narrowed down drastically for this year’s Bachelor as he picked his final four out of a group that began with twenty-eight women.

It has been a complicated road for Ben so far who has formed bonds with some women only to realize later they aren’t exactly who he thought, now leaving him with Caila Quinn, Amanda Stanton, Lauren Bushnell and JoJo Fletcher. With no indication yet as to who is heart is closest to, fans can’t wait to find out who Ben picks, and luckily Reality Steve has all the spoilers needed for this season.

Who Wins The Bachelor 2016: Final 2 and Winner Revealed

Tonight it is Ben’s turn to visit the final four’s hometown meaning he goes to Laguna Beach, California to get to know more about 25-year-old Esthetician Amanda, and yes, meet her daughters! He also goes to Hudson, Ohio for Caila’s hometown segment, and to Dallas, Texas for JoJo and Portland, Oregon for Lauren. While all seem to go well, Ben narrows down his final three after eliminating Amanda on the rose ceremony, leaving JoJo, Lauren and Caila, and for those who can’t wait, Caila is the next eliminated after overnight dates in Jamaica.

That means Ben’s final two are in fact JoJo Fletcher and Lauren Bushnell.

Want more spoilers? Click here to find out who Ben picks as his winner! 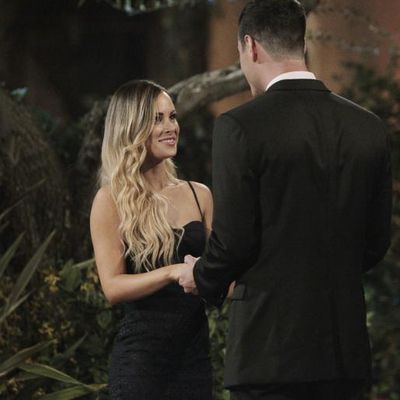