Instagram is one of today’s most popular social media platforms and is definitely an easy platform to get sucked into with its endless infinity scroll of perfectly curated photographs. Instagram allows followers an insider look at their favorite celebrities daily lives, which was a realm we previously had minimal access to before the era of social media. Whether followed for their glamorous on-location settings, adorable family portraits or killer fashion sense, a few celebrities are shining stars on the Instagram platform and continue to welcome million of followers to their ever-growing accounts. Follow along below for the top 10 celebrity Instagram accounts in 2017:

TV personality turned model Kendall Jenner is notorious for sharing artsy fashion shots alongside gal pals Gigi Hadid and Hailey Baldwin on many occasions. Her Instagram is filled with the latest trends and Jenner loves to share exclusive photos from her recent campaigns and magazine shoots, which definitely deems her worthy of her large following!

Child heartthrob turned music sensation Justin Bieber earned himself a large following of “beliebers” on Instagram. His fans of mostly teenage girls prove to be extremely loyal and have followed him through his significant music shift from teeny-bop anthems like “Baby” to his more mature sound on his latest album Purpose. Justin loves to share photos of himself with fans, showing off his luxury wheels and unique fashion sense.

In 2016, “The Rock” was named one of People‘s sexiest men alive and the bodybuilding actor has definitely capitalized on that title on his Instagram feed. He frequently shares photos of himself working out at the gym and showing off his extremely built figure on the set of various films. He will be starring in the upcoming Disney launch Jungle Cruise and the latest Fast and the Furious installment.

If there’s one thing Kylie Jenner is doing right, it’s the empire she created with her beauty business, Kylie Cosmetics! Her lip kits were sold out in minutes after going on sale and have spiraled into an entire beauty line consisting of Kyshadows (eye shadow palettes) and Kyliners (gel eyeliner pots). Whether you love her or hate her, the figures speak for themselves and her loyal following continues to watch closely for new releases from her highly successful beauty franchise.

Notorious for glam shots of her outfits and a recent dabble with makeup tutorial clips, Kim Kardashian takes the top spot in the Kardashian-Jenner family for most followers on Instagram. Kardashian has recently taken a step back from her previously nearly (or fully) nude Instagram photos and has instead opted for sharing family photos of herself alongside Kanye West, Saint and Northwest or posing with her equally glam Kardashian sisters.

Happy Birthday babe I love you so much! You inspire me every day to be a better person! I’m so grateful for you

Despite her previous strong social media presence, Taylor Swift has seemingly taken a brief hiatus from Instagram while developing her latest album in Nashville. Fans were recently disappointed by the lack of Fourth Of July photos from her epic long weekend party that she has became known for, but hopefully the final result of the new set of songs on the horizon will settle their eager anticipation for more Swift in their lives!

Beyonce broke the Internet when she posted a Mother-Mary inspired maternity photo to announce the news that she was pregnant with twins. The lavish photo has recently become the most liked photo ever posted to Instagram and has reached a whopping 11.1 million likes. When the babies were born, she posted a part 2 segment to her original photo of herself in a similar setting holding babies, Sir Carter and Remi.

Infamous soccer player Cristiano Ronaldo landed himself the third most followed on Instagram, but also the most followed male on the Instagram hierarchy. Ronaldo is notorious for sharing action shots of him on the field, flaunting his chiseled abs poolside or showing off photos of himself looking dapper in a suit. Whatever your reason to follow, we definitely can’t help ourselves with double tapping to “like” every photo we scroll by when it comes to Ronaldo!

Ariana Grande steals second place for most followed Instagram celebrity and has used her platform for more than just selfies and behind the scenes shots. After the devastating Manchester attack that took place during her concert, the pop star used Instagram to update her large following about the benefit concert and proceedings after the attack. She was also recently named an honorary citizen of the city due to her outstanding response and action taken after the deadly attack.

Despite her claims that social media has effected her mental health and her frequent hiatuses from the platform, Selena Gomez still remains the reigning Instagram queen and checks in at a whopping 123 million followers on the social platform. Fans love Selena Gomez’s Instagram because she truly captures candid moments of her personal life whether it’s her backstage eating a slice of pizza or exclusive looks at her and her boyfriend The Weeknd. 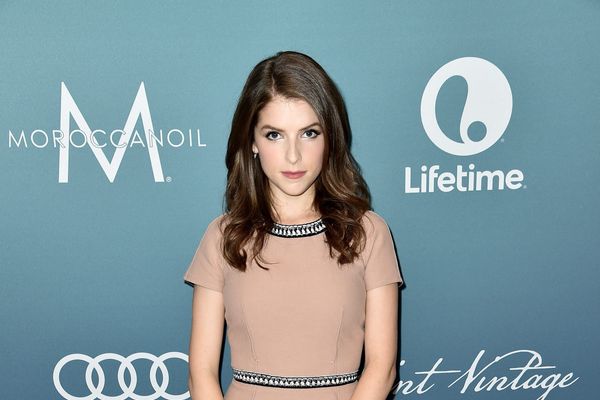