10 Celebrity Couples Who Will Definitely Split In 2018

Love is already a fickle thing, but when it’s combined with the atmosphere of Hollywood and lifestyle of a celebrity — it becomes even harder! It’s not secret that Hollywood isn’t the best breeding ground for a successful relationship which is why most celebrity couples don’t make it in the long run. While we can all speculate all we want as to who will make it long term and who won’t, we don’t know for sure, but we’ll give it our best shot! Here’s a list of 10 celebrity couples we think will split in 2018!

It’s no secret that Ben Affleck hasn’t had the easiest time in recent years. He divorced his wife of 10 years Jennifer Garner, was accused of cheating and completed a stint in rehab for alcohol addiction. But in addition to all of this, he seems to have found love again! The Justice League actor began quietly dating Saturday Night Live producer Lindsay Shookus in April 2017 and went public with the relationship a few months later in July. Since then they’ve been spotted out and about all over L.A. and in New York City. It’s hard to tell if these two are the real deal or if Affleck just needed a companion through all his recent troubles.

It takes two to tango and luckily both of these professional dancers know how! Dancing with the Stars costars Val Chmerkovskiy and Jenna Johnson have been dating on and off for the past two years after meeting on the ABC dance competitive series. In recent months things between them are definitely “on” and Chmerkovskiy even revealed he’s “in love” after posting a photo of them cuddling. While we’d love to see these two last, when a relationship flickers on and off, you never know when the next time they’re ‘off’ will be — it could be just around the corner!

Rachel Lindsay and Bryan Abasolo land on this list almost by default because any couple that emerges from Bachelor nation has the odds stacked against them. These two met while Lindsay was the Bachelorette on season 13 and Abasolo was one of the cast members competing for her final rose. They got engaged in the season finale and are already planning to get married sometime in 2018 or 2019, but only a few months ago they told People in an exclusive article that they still couldn’t agree on a place to live which is not a good sign!

The Keeping Up with the Kardashians star has gone from dating only one man for a decade to being a serial dater! Since breaking up with Scott Disick for good in 2015, Kourtney Kardashian, 38, has toned things down since settling into a relationship with 23-year-old model, Younes Bedjima. The two have been steadily dating since December 2016 when they were spotted kissing on a yacht. Ever since then they’ve been spotted out and about and on several trips together. While they seem to be a really great couple, we still can’t figure out if this is a rebound relationship. In addition to that, there’s the age difference and the fact that Kourtney has three kids. These could be deal breakers for a young model in his twenties when it comes to long-term commitment.

Grey’s Anatomy star Jesse Williams and Friday Night Lights alum, Minka Kelly, met back in January 2017 while working on an upcoming video game. Their relationship started out as just a friendship, but since Williams has gone through a very public divorce this past year, things have turned romantic between them. In May 2017, an insider revealed to Us Weekly that the two had been dating for a few months and have been going strong ever since. Unfortunately, Williams is going through a nasty custody battle right now which could make things complicated and scare off Kelly.

Before we get into the details of their relationship, there are a few obvious reasons why things won’t work out between these two. Firstly, Scott Disick, 34, is a serial dater who is known for being a commitment-phobe. Secondly, he’s still reeling from his break-up with long-term girlfriend, Kourtney Kardashian. And finally, there’s the small fact that Sofia Richie is only 19-years-old, which means there’s a 15 year age difference between the two! On top of all this, sources at People are starting to report that their relationship, which began back in May 2017, is beginning to fizzle. Richie wants Disick to commit to a relationship, while Disick sees things between them as more of a fling. Surprise, surprise!

Taylor Swift’s love life has always been a topic of discussion, especially when she has new music coming out! The Reputation singer has kept her current relationship with British actor and model Joe Alwyn extremely private, and we can’t say that we blame her, but there will be some hints about her new love on her upcoming album. The two have been quietly dating for about a year and seem to be getting more serious. Just this past summer Alwyn traveled to Nashville with Swift to meet her parents after meeting his family in London. Even though there aren’t any signs that the relationship is going south, Swift has never really had a long-term relationship before, so we’ll believe it when we see it!

We only want the best for our favorite Grammy-winning singer, and it might seem mean to put these two on this list so close to their engagement announcement, but it just seems their relationship moved really fast. While Gaga clearly isn’t still reeling from her split with Taylor Kinney in July 2016 — we still are! Lady Gaga and her agent Christian Carino went public with their relationship after being spotted kissing before her Super Bowl LI halftime performance back in February. It was recently reported that the two secretly got engaged over the summer, only a few months after going public with their romance! It all seems to be moving really fast which is never a good idea, especially for two people who are swept up in the entertainment industry.

It didn’t take long for Kylie Jenner, 20, to move on from her two-year-long boyfriend, Tyga. The Lip Kit creator and Keeping Up with the Kardashians star began dating the rapper only a few weeks after calling it off with Tyga. News of their relationship first broke when they were spotted at Coachella together in April 2017. To top it all off, five months into their relationship reports began surfacing that the two were expecting a child! While Kylie is allegedly thrilled to have a baby, it isn’t the best challenge for a new relationship — especially one between two people who are so young. Their baby girl will be the make it or break it factor for these two!

Teen Mom OG star Amber Portwood, 27, hasn’t had the best luck when it comes to love. She had an on again off again relationship with the father of her daughter, Leah for many years, and recently went through a nasty break up with her ex-fiance Matt Baier. Even though their relationship was already on the outs, Baier and Portwood filmed Marriage Boot Camp together which is where she met cinematographer, Andrew Glennon, 33. Four months into their relationship, they became pregnant with what will be Portwood’s second child, but her first child with Glennon. These two have landed on this list only because their relationship is still so new and to add a child to the mix could make things tricky. 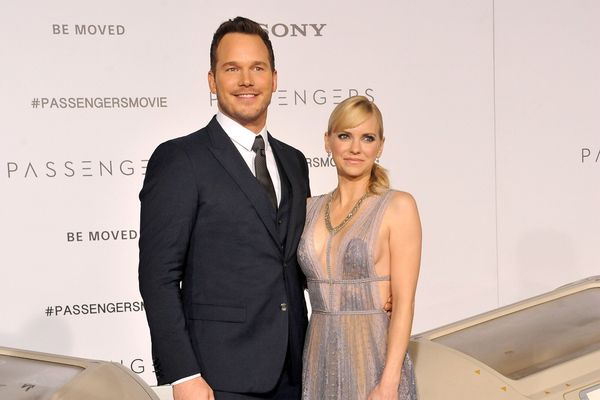