Russell Brand is somewhat of an enigma when it comes to Hollywood fame. He is very famous, everyone knows who he is, and he was even married to a major pop star, yet he rejects it all. Fans of the comedian, actor and activist are well aware he is a bit eccentric, definitely intellectual and all around the type of person who does his own thing and offers no apologies for it. While he remains elusive in some respects, he has also let many in with his documentaries and of course his books, helping fans understand who he is and why he is the way he is. Get to know the eccentric and interesting star that much better with these 10 things you never knew about him!

Russell Brand was born in Essex, England, as an only child to Barbara Elizabeth and Ronald Henry Brand. Things got rough for the family and when Brand was only six months old; his parents split up and things got continuously worse for the young boy. When he was only seven years old, a tutor sexually abused him and when he was eight, his mother contracted uterine cancer followed by breast cancer a year later. Because of her sickness, Brand went to live with relatives and at 14 suffered from bulimia and in his mid teens began using drugs. At 16 he was accepted into the Italia Conti Academy, but was expelled after his first year because of drug use, poor attendance and “smashing things up, crying and cutting myself, breaking down in tears all the time.”

In September 2010, Brand was arrested on “suspected battery charges” after he had allegedly attacked a member of the paparrazi who had reportedly blocked his and Katy Perry’s way to the airport in L.A. The paparazzo held Brand under citizen’s arrest until the police arrived, after which Brand was not released from jail until the next day. Two years later an arrest warrant was again issued for Brand after another paparazzo claimed that he was taking picture of Brand with his phone when he took the phone and threw it at a law firm’s window.

In recent years, Brand has been very candid about his drug use, especially when writing about it in his books. He has described his first time using heroin as “blissful”, but was forced to get clean by his agent after Brand was caught using heroin in a bathroom during a Christmas party. In 2002 he began his treatment through the Focus 12 program and has been sober ever since. He is now a patron to the organization and also acts as a sponsor for those going through the rehabilitation stage of the treatment process.

Russell Brand is a very vocal person when it comes to human rights and speaking out against unjust government systems. This along with his dislike for Hollywood events came to a head when he was ejected from the GQ Awards show in September 2013. After recieving the “Oracle” Award, Brand mentioned in his speech that Hugo Boss’ former business had made uniforms for the nazi regime. He then goose stepped across the stage imitating the Nazi march. After GQ‘s editor told Brand he was “very offensive,” Brand stated that the Nazis’ treatment of the Jewish people was “very offensive.” He later reflected on the event, stating to the Guardian, “Now I’m aware that this [GQ award speech] was really no big deal … It was a daft joke by a daft comic at a daft event. It makes me wonder, though, how the relationships and power dynamics I witnessed on this relatively inconsequential context are replicated on a more significant scale … Ought we be concerned that our rights to protest are being continually eroded under the guise of enhancing our safety? … When you take a breath and look away from the spectacle it’s amazing how absurd it seems when you look back.”

Brand lost his MTV presenting job back in 2001 after showing up for work the day after the 9/11 attacks dressed as Osama Bin Laden.

Russell Brand may seem like probably the world’s least likely candidate to be in a boy band, but it almost happened. At 20 years old, Brand auditioned for the band 5IVE by singing Robbie Williams and George Michael tunes. As it turns out, probably unsurprisingly, he mostly did it because he was on drugs at the time and it seemed like a good idea. “I did audition for a boy band,” Brand once revealed. “That was pretty bad. I was only 20, I didn’t know what I was doing and I was on drugs. I did some pretty crazy things on those drugs.” He also stated, “I decided I’d be less self-conscious if I held a water bottle and pretended it was my mic. It really was terribly embarrassing.”

Brand has been active as a radio show host, but he always runs in to trouble. In 2002 he hosted a Sunday afternoon program on a London rock station along with Matt Morgan, but he was promptly fired from the job after reading pornographic material while on-air. Then, in 2006 his Russell Brand Show on BBC Radio 6 moved over to BBC Radio 2, but in 2008 Rand and fellow DJ Jonathan Ross made a series of calls to actor Andrew Sachs while on air, and Brand alleged he had slept with Sachs’ granddaughter. BBC then suspended both Brand and Ross, causing Brand to eventually resign while the controller of Radio 2, Lesley Douglas, also resigned over the scandal.

Russell Brand may not seem like a typical sports fan, but he is an avid supporter of West Ham United FC.

One of Brand’s first ever jobs was as a postman in London. The gig lasted only a total of three weeks, however, because he got the job thinking it would lead to a lot of sexual encounters with lonely women in their houses, once telling David Letterman, “I thought the house wives would open the door with a gesture to the nether regions.” When he realized the job didn’t have all of the “bonuses” he thought, he began stealing money from the birthday cards and letters in order to support his drug addiction. After he was caught, he had to apologize to the Royal Mail. 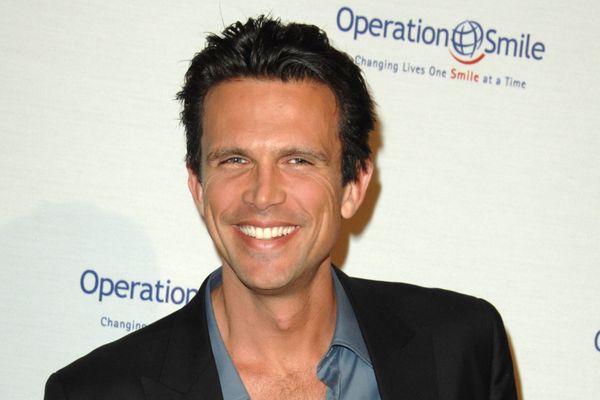