Christina and Tarek El Moussa won the lottery back in 2013 when they were given the platform to star on their own HGTV reality show, Flip or Flop. The opportunity came after the couple submitted a demo tape to a production company which then landed in the hands of HGTV. They’ve become two of the biggest stars on the Home & Garden channel, raking in about $10,000 per episode in the first season and since then their show has become one of the most popular among HGTV fans. Despite starring on their own show, fans don’t get to see much about their relationship outside of flipping houses. In light of recent events regarding their sudden split and imminent end of Flip or Flop, here’s a look at 8 things you didn’t know about Tarek and Christina El Moussa’s relationship!

When Christina graduated college she went straight to work. She got a job at a local real estate company which is where she met Tarek El Moussa. They were both in their early twenties when they started dating. Sparks flew after their first date and they’ve been together ever since! They got married in April 2009 and just celebrated their 7 year wedding anniversary this past spring. Christina and Tarek have a unique relationship as they’ve worked together ever since they first met and are now raising a family together with two children!

8. The Craziest Thing They’ve Ever Done

Not long ago, Tarek decided he wanted to get his pilot’s license and somehow convinced Christina to fly in a plane with him while he learned! “I got her in a 1950 plane, it was a wind storm. I told her everything was going to be okay, we got up there and the guy told me to make a left turn, and I pulled. We go up and the whole place just starts beeping, emergency because we were stalling because I was going up too steep. I almost killed us,” said Tarek. Christina then chimed in, “Yeah that was the stupidest thing we’ve ever done in our life, never again.”

It’s not common for a married couple to work together, but it definitely happens from time to time. No doubt, this kind of working relationship can be taxing on their personal lives and requires a lot of extra work both at home and in the workplace. When Tarek and Christina were asked whether working together causes a lot of fights in their relationship, she said they don’t necessarily fight a lot, but rather bicker, which isn’t necessarily any healthier. “We don’t fight, we just bicker and make fun of each other,” said Christina during an interview with David Bromstad.

6. Favorite Thing About Each Other

“I’m obsessed with black, white and silver,” said Christina. “It’s kind of the theme we have going throughout the entire house with a little big of bling.” Not surprisingly, the couple have a pretty glamorous home. In an interview with People, Christina said their home was built for entertaining. “We entertain a lot. Every Sunday we have our family over and we have barbecues and we swim,” she said. The room in their house that gets used the most is the movie theatre and Christina’s favorite spot in the house is the gym — that’s right! They have a gym and a home movie theater!

The real estate couple welcomed their first child, a daughter named Taylor, in 2010. Unfortunately, they had difficulty conceiving again and in 2013, Tarek was diagnosed with Thyroid cancer. They knew his radiation treatment would hurt their chances of getting pregnant even more, so they went through IVF. The first two attempts at in-vitro were unsuccessful, but the third round took! They welcomed a baby boy named Brayden James in April 2015.

Christina and Tarek suffered some serious misfortune when their car was stolen right from under their noses! It was a black Escalade and it was taken from outside of the homes they were flipping in Long Beach, California, back in 2013. Christina wrote about the experience on their Success Path Education website and said she was standing outside the house they were working on, talking to Tarek about what color to paint the garage when she heard her car start. “It was the middle of the day, and I’d just pulled up to the worksite and parked in front of the house. I put my purse on the front porch and didn’t think about what a huge mistake I was making. While Tarek and I were talking, a guy literally grabbed my keys from my purse and drove off in our SUV,” she wrote. Luckily the police located the car soon after it was stolen and they ended up selling the car to one of their employees.

Many fans are now aware that the couple have recently split and some sources close to the couple are now saying their break up isn’t all that surprising because they weren’t that compatible, especially once fame got a hold of their relationship. According to a source that spoke to People magazine, “She has champagne tastes, and he’s a beer-from-a-can kind of guy. That was okay for a while when all they could afford was canned beer — they were on the same page, working together to make it and do the best with what they had. But the stardom from the show, and the money from the show, meant that she started to feel like she could finally have some of the finer things in life.”

It was just announced last week that Christina and Tarek have been separated since May. It happened after a scary incident took place between the two when police were called to their California home after witnesses said they saw Tarek grab a gun from the safe in their house, shove it in his back pocket and take off down a nearby trail. Christina then ran out of the house crying and shaking. Police managed to locate Tarek and bring him back to the house safely at which point he claimed he was just blowing off steam. According to their statement released to People last week, they are living apart. Christina has the kids full time and is living with the nanny while Tarek is on his own, but still sees their children regularly. They plan to continue to work together, although it’s unclear if the show will be able to move forward. And most shockingly, they’ve both been dating other people since they split only six months ago. Christina has been linked to a contractor they’ve worked with in the past, Gary Anderson. Meanwhile, Tarek was recently linked to 23-year-old, Alyssa Logan, a former nanny he hired to help him with the kids after he and Christina split. 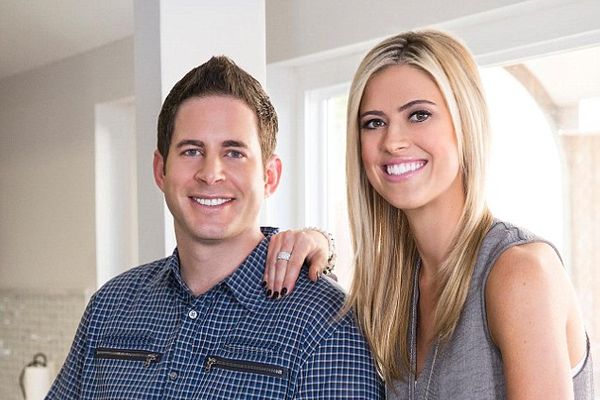