Charlie’s Angels was hugely popular when it first aired on ABC back in 1976. Produced by Aaron Spelling, the show lasted five seasons, and for its first two seasons, it was a top ten hit in the Nielsen ratings. Even though it’s been over 35 years since the show was cancelled back in 1981, the show continues to have a pop culture following, even spawning two feature films that featured Drew Barrymore, Cameron Diaz and Lucy Liu, as well as a TV reboot that starred Minka Kelly. Because Charlie’s Angels is such a pop culture phenomenon, we have 9 things you didn’t know the show:

Originally the series was going to be called “The Alley Cats.” The three female investigators were going to be to live in alleys and wear whips and chains, but Kate Jackson, who had semi-control over the development of the show, disapproved of the title and the general concept. After seeing three angels hanging in Aaron Spelling’s office, she instead decided that three women would be called Angels and then the series briefly became known as “Harry’s Angels.” The title was changed again to Charlie’s Angels when ABC realized that the name Harry’s Angels might conflict with the series Harry O.

The show was originally going to have a blonde, brunette and red haired Angel. Kate Jackson was the first actress cast. She was initially cast as Kelly Garrett, but decided that she preferred the role of Sabrina Duncan, so she switched roles. Farrah Fawcett was then cast as Jill Munroe without having to audition for the part. Although producers wanted a redheaded Angel, they ultimately chose to cast Jaclyn Smith. She was the only brunette to audition for the role and was cast because producers Aaron Spelling and Leonard Goldberg liked the on-screen chemistry she had with the Jackson and Fawcett.

Gig Young was the original choice for Charlie’s voice, but when he showed up drunk to read his lines, Aaron Spelling had to fire him. He called his friend John Forsythe on a Friday night after midnight and begged him to come perform the part because the pilot was going to be broadcast that weekend. “I didn’t even take my pyjamas off – I just put on my topcoat and drove over to Fox. When it was finished, Aaron said, ‘That’s perfect.’ And I went home and went back to bed,” Forsythe had said.

Farrah Fawcett had it written into her contract that she could leave at 7 p.m. every day so that she can be at home when her husband at the time, Lee Majors, finished work to cook him supper. “I love Lee and I love cooking,” she told People.

Kate Jackson, Farrah Fawcett and Jaclyn Smith all signed five year contracts with ABC, so when Fawcett decided to leave after just one season to embark on a film career, producers and the network sued her for $7 million for breach of contract. Initially they did try to negotiate with her by offering her time during summer hiatus to make one film and they even agreed to raise her salary, but she declined. The lawsuit was only settled after Fawcett agreed to make a total of six guest appearances over the following two seasons.

After Kate Jackson was fired at the end of season three, several up and coming actresses were considered for the role Sabrina Duncan, including Michelle Pfeiffer, Bo Derek and Melanie Griffith. Pfeiffer was a favorite with producers, but her on-screen test showed that she lacked experience, so she was passed over for the part.

After season three concluded, producers fired Kate Jackson for creating problems on set. She had been upset with producers for not reorganizing the show’s filming so that she could star in the movie, Kramer vs. Kramer, alongside Dustin Hoffman. Meryl Streep ended up winning the part as a result and won an Oscar for her performance in the film, which left Jackson feeling bitter.

Actress Natalie Wood and actor Robert Wagner were silent investors with Charlie’s Angels; however, their business relationship became public when an investigation was launched into whether the producers of Charlie’s Angels for using the funds for other ABC shows. Dubbed “Angelgate” by the press, the case never led to criminal charges due to insufficient evidence.

Tiffany Welles, played by Shelley Hack, replaced Kate Jackson’s character, but she was not a hit with the audience or critics. The series ended up losing 40 percent of its audience during her one season on the show, so she was fired – but Hack only found out that she was fired when her press agent heard about it through a reporter. She wasn’t happy about the situation and blamed the network for her dismissal. “They can say I didn’t work out, but it isn’t true,” she told People. “What happened was a network war. A business decision was made. Change the time slot or bring on some new publicity. How to get publicity? A new Angel hunt. Who is the obvious person to replace? I am – the new kid on the block.” 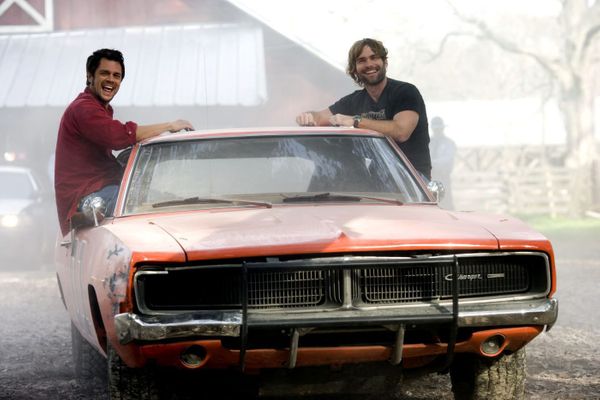