Cast Of Trading Spaces: Where Are They Now?

The TLC reality show Trading Spaces was a huge hit back in the early 2000s. It ran for eight seasons before wrapping up in 2008, but it spawned a lot of spin-off series! The premise of the show was that two neighbors would swap homes for a short period of time and redesign a room in the other’s house on a budget of $1,000 with the help of a carpenter and an interior designer. Some of the cast members were around for a long time, especially host Paige Davis who proved to be a fan favorite, so viewers developed an interest in not only the projects, but also the cast members! Many of the former stars gone on to have extremely successful careers while others have stepped out of the spotlight. Here’s a look at what the main cast members of Trading Spaces are up to now!

Carter Oosterhouse was no doubt the dreamiest carpenter on the show! We aren’t the only ones who think so — he was once voted People Magazine‘s “Sexiest Man on TV!” Ooosterhouse joined Trading Spaces in season 4 and stayed until the end. Since the show finished he’s managed to stay relevant in the world of decorating doing numerous appearances on shows like the Rachel Ray Show, Celebrity Motor Homes and Rowhouse Showdown as their go-to expert. He’s also the host of three different HGTV shows, Carter Can, Red and Hot & Green, which focuses on eco-friendly living, and Million Dollar Rooms. Outside of designing, Oosterhouse works as a model. He was the face of Voyage by Nautica, a men’s fragrance, and modeled for print campaigns like Nivea, Lincoln, Hewlett Packard and Miller Light. He married actress Amy Smart in 2011 and has partnered with Rebuilding Together to build playgrounds in low income communities.

Walker started out as a sewing coordinator on Trading Spaces in season 2. The small town North Carolina native then continued on as one of the eight main designers on the show. Walker has since left the television realm and cut off his ponytail! He currently runs his own design business called Walker Designs and launched a line of home accessories like accent pillows and a linens line. Walker also works as a designer at Savvy Homes. It’s been reported that he’s also working on writing a few children’s books that are “geared toward providing families with ways to share quality time, reading and crafting together.”

Hildi was a designer on Trading Spaces who liked to take risks and it gave her a reputation as one of the most disliked designers on the show. She was most famous for bizarre stunts like putting hay on the wall, making a room beach-themed with sand on the floors and literally turning rooms upside down by putting furniture on the ceiling. Today, she’s backed out of the spotlight. She now focuses on things like travel and photography. It doesn’t seem like she’s doing much interior decorating. Hildi is married to a French artist who runs a gallery in Paris, France. She currently lives in Paris with her husband and works as a florist in France.

Vern Yip was arguably the best designer on Trading Spaces and he’s become one of the most successful since the show ended. Contestants who came on the show were typically hoping to have him design their home. He’s continued his career on television doing multiple HGTV shows like Bang For Your Buck, hosting Urban Oasis, and sitting as a panel judge on Design Star. Yip hosted four seasons of HGTV’s Deserving Design where he helps families redesign rooms in their home. He’s launched a number of designer lines and collections on things like home decor and home fragrance. He also owns a design company based in Atlanta called Vern Yip Designs. In 2013 Vern became the first designer to have his very own signature can when Diet Pepsi released a limited edition can with a peacock design.

Doug Wilson was a designer on Trading Spaces that was most well known for being controversial and confrontational. He typically went against the homeowners wishes and even brought them to tears on more than one occasion. His most famous stunts were covering up a couples beloved fireplace who then demanded he change it back and designing a bedroom to look like a prison cell with a mural of prisoners. Since Trading Spaces ended, Wilson stayed in the TLC family by hosting the show Moving Up. He continued his career as a decorator serving clients and appearing on television. He’s been on several design shows like Making It Home: Greensburg and America’s Ugliest Rooms.

Genevieve Gorder made a name for herself as the beautiful barefoot designer who was a little bit eccentric, but with great taste. She’s been extremely successful since the show ended as an interior designer and television host. She worked on one of Trading Spaces spin-off shows, Trading Spaces: Family and in 2005 she redesigned several homes in small towns across America on her own show Town Haul. Gorder is currently the host of several HGTV shows like Genevieve’s Renovation, White House Christmas Specials and Dear Genevieve. She served as a judge on HGTV’s Design Star, and appeared on the show A Hero’s Welcome Home. She designed a collection of Capel Rugs and a bedding line which was sold on QV and launched a digital magazine called Real Genevieve. She currently lives in Manhattan with her daughter, Bebelle.

This interior designer didn’t always hit the mark with his designs, but he was on the show for a long time and really well liked by viewers! He always knew how to make a dollar stretch. Nowadays he’s working off-camera. He’s completely focused on his business with his wife called Mosey ‘n Me, selling patterns for craft projects like needle felting and punching. Mosey ‘n Me was in full production before Trading Spaces ended, but it’s now become his main focus. He’s now a grandfather to his new grandson, Mason, and enjoys living a quiet life off television and away from other peoples schedules.

The perky and enthusiastic host, Paige Davis, was the glue that held the show together. This was evident when they fired her from Trading Spaces and the show’s ratings began to drop. They then rehired her, but by the time she came back on board, it was too late. During and after her hosting duties she appeared as a guest judge on Iron Chef America and was a contestant on the CBS series Gameshow Marathon. Paige has returned to theater and appeared in a few Broadway productions, most notably Chicago in 2013 which embarked on a national tour and Boeing Boeing. In 2014 she took on the role of Senga Quinn in Mark St. Germain’s Dancing Lessons at Barrington Stage. She appeared on Hallmark’s Home and Family and joined Home Made Simple as a host in 2011. She’s currently the spokesperson for RC Willey Home Furnishings.

This cast member goes all the way back to the first season of Trading Spaces! She was the very first host of the show and has remained a television personality with appearances as a host on Joe Millionaire, then a co-host of A&E’s Best of Both Worlds, ABC’s The View, and as a guest host on Good Day Live. She appeared as a celebrity guest on Soap Talk and a celebrity guest panelist on The Test. She’s been known to work as an entertainment news correspondent, covering red carpet movie premiers for Starz Movie News and Hollywood 411. But there’s more to McLeod than what viewers see on TV! She’s a classically trained chef at Le Cordon Bleu College of Culinary Arts and has been working as a consultant for various food companies like Viva Food Group, Yeenin Frozen Foods and Contessa Premium Foods. In 2011 she entered her first food competition and her Contessa culinary team won a second place People’s Choice Award at The University of Houston Frontier Chili Competition.

This carpenter was another heartthrob carpenter on the show! He was known for being extremely energetic and loveable throughout his time on Trading Spaces. He’s now moved on to bigger and better things like hosting the show Extreme Makeover: Home Edition for the past nine years and co-hosting on American Diner Revival! He’s done numerous television shows both across America and internationally like Inside the Box with Ty Pennington, Homes for the Brave on Great Britain’s UKTV Home and Ty’s Great British Adventure. He’s become a celebrity spokesperson for many brands and launched various designer lines and collections. Forbes named him one of the most trusted celebrities. In 2011 he appeared on an episode of Disney’s Take Two with Phineas and Ferb and joined the series The Revolution which premiered in 2012.

Faber Dewar holds the title of longest standing carpenter on Trading Spaces. Since leaving the show he’s spent most of his time focusing on business ventures like Zero Impact Packaging and Drink Up, but he’s also branched out into acting and done a few commercials and movie roles. He played Colonel Cameron in the film White House Down starring Channing Tatum and Jamie Foxxx. He’s also appeared on the TLC show, Making It Home: Greensburg and Trading Spaces: Family. His other acting credits include the television series The Big Easy, Significant Others, and the films The Gene Generation, Bare Knuckles and, most recently, Independence Day: Resurgence. 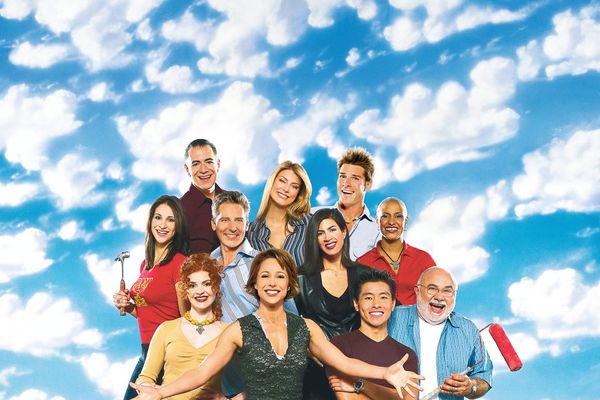