Love It or List It: 6 Behind The Scenes Secrets

People are totally into Love It or List It! So much so that even Americans south of the border have picked up on this Canadian reality show trend! The show currently airs on HGTV, W Network, and OWN Canada and with so much audience interest, we obviously couldn’t resist digging up a bit of dirt. Here are some of Love It or List It’s behind the scenes secrets!

It’s pretty clear from watching even just one episode of the show that David and Hilary have an extremely close relationship. No they aren’t married in real life like many people believe, they are just great friends! These two spend so much time together, they’ve adapted things about each other — like their breakfast routine! David shared his favorite smoothie recipe with Hilary and now they both make it for breakfast each morning. “We start our mornings the exact same way,” said David. Their drink of choice is named “The Morning Smoothie” and it contains kale, lemon juice, cilantro, banana, almond butter, cacao, cinnamon, ginger, turmeric, and black pepper. David will sometimes toss in some avocado and apple.

5. They Don’t Watch Their Own Show

Many actors and reality stars have admitted that they don’t mind being filmed, but they hate watching themselves on television. Hilary said she’ll only watch the show if she’s with David and then the two will tweet about the episode. “I actually have a problem watching our own shows. I find it awkward.”

4. David and Hilary Met at Their Audition

As we previously mentioned, David and Hilary have an extremely close connection and friendship, especially after filming together for so many years! These two complement one another so well, many fans are lead to believe they are actually married! We’d think they were old friends who at least worked together before, but David and Hilary actually didn’t know each other at all before they started filming Love It or List It. These two met at their audition. Hilary was picked first for the show, and after she was matched with a group of potential agents, David was her selected co-host! David said, “They called up and said, ‘You’re brilliant. We want you. We think you’re going to make Hilary look good.” And the rest is history!

Alright so this one is more gossip than a secret, but rumors have surfaced regarding the authenticity of the show, and I mean more than just upping the drama to make the show entertaining. Some people allege that producers film both endings of the family “loving it” and “listing it” and then selecting the one that best suits their purpose at the time of airing! All of this is supposedly done to keep the scores even between the show’s hosts Hilary Farr and David Visentin. Hilary has spoken out against the idea of faked aspects of the show: “The show is not at all scripted and the reactions of the homeowners to renovation realities and bad news is very real.”

2. Interaction Between Hosts and Homeowners

It’s well understood now that what we see in an episode of reality television is a highly edited version of what actually happened and because the production it’s being filmed for is out to make a profit and sell a product, there is obviously some staging involved. One thing that might be surprising to some fans is that the interaction between homeowners and the hosts of the show is actually quite limited. The scenes they film together are brief and pre-orchestrated, but other than that the majority of the interaction is filtered from the TV crew. “The people we dealt with most directly were the actual TV crew. The producer, the camera guy, the sound engineer…I had limited interaction with the on-air talent. John Gidding, the host, showed up two or three times throughout the shoot. He would park his convertible, walk around and do a stand-up or something, then drive off. The other members of the design team were much more involved–but, even then, they were mostly doing visible on-camera things. ‘Oh, let me grab a brush and paint this door. Let me help you draw some nails and plant this planter. Let me do this mailbox,” Cenate Pruitt.

The show was recently sued by couple Deena Murphy and Timothy Sullivan who appeared on the reality series in April 2015. The couple are suing the production company Big Coat TV and Aaron Fitz Construction, who were hired to do the renovations to the couples’ homes. They allege that they gave $140,000 for the renovations but did not receive that and had windows painted shut and other superficial fixings. As for the shows hosts, the lawsuit reads, “These characters [Farr and Visentin] are actors or television personalities playing a role for the camera and in this case none of them played more than a casual role in the actual renovation process.” 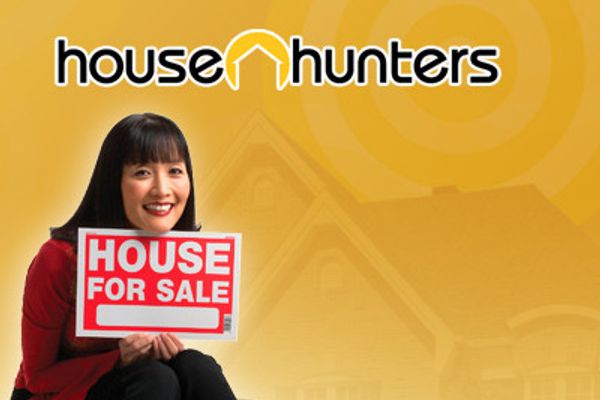 House Hunters: 10 Behind The Scenes Secrets