Does anyone ever really think their favorite soap opera character is “gone” forever when they pass on? There’s always a window of opportunity for a return, even under the most certain of circumstances! As such (and with plenty of optimism in mind), below are some soap opera characters who are ready to come back to life in 2021.

Now that Gabi Hernandez is back in the land of Salem, it’s only a matter of time before Jabi becomes a thing again. What if a plot twist emerges where Stefan is alive? She’d have to choose between the twin with a heart of gold versus the brother that is truly his father’s son. Who would Gabi pick in the end? It would be a very interesting storyline to see unravel!

While Shiloh was an evil character, he was a fascinating one at that. Jason and Sam have had their struggles over the years, but none was as hard as trying to get past the cult leader’s obsession with McCall. As JaSam enters a new phase in their relationship come 2021, if Shiloh came back, this would undeniable be an interesting obstacle they would have to overcome again. Especially if he targeted Sam and their kids.

The Y&R tends to gear away from over-the-top storylines, and bringing characters back to life is something that is far and few between. Hilary’s passing was quite final; however, this is a soap opera at the end of the day and writers could get creative! As Devon and Amanda inch closer to a romantic relationship, how interesting would it be if his wife – and her twin – were to return?! As much as the show is trying to paint Hilary as someone who would accept Amanda from the get-go, she’d have a major issue with her and Devon being a couple.

As the struggle for Titan’s CEO continues in the land of Salem, one contender that could blow Philip, Xander, and even Brady out of the water is Deimos. This dynamic character was always up to no good, so if he did come back in 2021, he’d surely stir up the drama within the Kiriakis mansion! Victor wouldn’t be pleased with this at all.

What really happened to Kelly Andrews back in 2015 when she held Jack captive on a Caribbean island? She seemingly passed on, but was he too drugged up and in a rush to escape and get back to Genoa City to notice? Kelly could return to the little town in 2021, and create a ton of drama for both Jack and Phyllis, whether they are a couple or not.

Rafe’s returned to Salem, and without Hope around, he seems lost. He and Jordan were headed to something special before she passed away. Sure, Ridgeway was a little loopy, but bringing her back to life could make for an interesting storyline. Especially if she was looking to get David back. Could Rafe finally have the family he’s yearned for all these years? Getting Jordan and David back would be a good thing for him.

Nathan West passed away suddenly, and quite finally. It would be very hard to bring the cop back at this point; however, GH fans can dream. But, if Nikolas can return to life, and all the other Cassadines (looking at you, Stavros), then why not figure out a way to bring Nathan West back, too?

One character that could easily return to Port Charles is Alex Devane. Who could survive being shot, and then diving overboard into the water? An evil super spy, that’s who! As much as the Anna-Alex twin switch has been overplayed, it still makes for good daytime drama. Especially when the person on the receiving end of a conversation pauses dramatically when they realize they aren’t talking to Anna, but her terrible twin sister, Alex! It’s soap gold!

Anyone else miss Brad Carlton? Y&R fans still wonder why storylines saw him exit the show so dramatically and in a way that he truly may never be able to return! He tops most lists of Y&R characters to bring back to life, but sadly, this may never happen because he drown and his body was found. But in the land of soaps, anything is possible! Could Brad have a twin brother that comes back to Genoa City in 2021?

Drew Cain did pass away, but in typical GH fashion, his body was never found after a plane of his went down. Drew has roots in Port Charles, thanks to Jason and the Quartermaines (not to mention little Scout), plus so many more storylines to dive into. If any character could or should return to the land of the living, it might be Drew.

Helena Cassadine is a legend in the land of Port Charles and despite having passed on, she still remains within storylines to this very day. It’s as if her evil greatness will never leave, thanks to the legacy of scheming and control she created over the years. With that said, Helena could easily have “one more run” come 2021. After all, most fans have come to accept that everyone in the Cassadine family has nine lives.

There are still so many questions around Ciara’s passing, and so much doubt that she met her demise this year. As Ben continues to try and move forward, ever so slowly, Salem isn’t the same without her. Plus, it just feels wrong that only Hope and Shawn-Douglas are the last remaining immediate family members from the Bope relationship. Ciara has to be alive, and here’s hoping she makes her grand return in 2021. 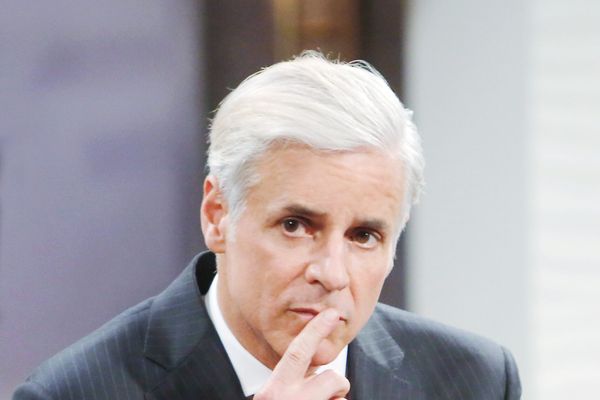 Soap Opera Characters Who Need To Be Written Off In 2021