Every soap opera fan has a super couple they are obsessed with. Sadly, while some stay together over the years, most of them break up; however, ending a relationship doesn’t mean that a love story comes to a complete end. Below is a list of soap opera couples who are sure to get back together in 2021.

There were major hints that Sharon and Adam were going to reunite earlier this year, but thanks to a ton of plot twists in their storylines, this idea has fizzled. That doesn’t mean that these two won’t stand a chance come 2021. If Sharon and Rey’s wedding becomes a bust, Shadam could end up reuniting in the new year.

Scotty and Laura have a very long history of breakups, only to make up again. While she’s happily married to Kevin, and Scotty is happily living the single life, their past together will always connect them. With Cyrus lurking in the shadows and Laura’s history coming to the surface, could Scotty be the one (and only) she turns to for support? Her relationship with Kevin could be in jeopardy.

Sami is set to arrive back on the Salem scene and soon. Now that Hope is out of the picture, could Rafe and Sami become a thing again? Sami will come back to town and be thrown into a highly emotional storyline. Is her relationship with E.J. over? What could tear Sami away from DiMera’s recovery? Rafe and Sami will naturally be drawn to each other.

Billy has a good thing going with Lily right now; however, his romance with Vicky ended on a sour note. Victor planted the seeds of infidelity in his daughter’s mind, and the entire thing was fabricated by the Moustache. If Victoria learns the truth, she’ll gravitate back to Billy, and even if it is a short-lived reunion, the two are bound to get back together at some point in 2021. If only in defiance of what Victor tried to pull.

Cane’s name has been thrown around a lot as of late — could this be signaling a comeback? Again, Li-Bi makes a great couple, but every super couple needs to be challenged. What if Cane made a huge return to Genoa City? Lily and Billy could break up for a moment and end up in the arms of their exes. The storyline would be very intriguing.

Lulu was recently shipped off to a long-term facility to help recover from a dire coma; however, how long will Spencer stay away from the land of Port Charles? Could Dante enter a new relationship in 2021, only to have his true love awaken from her slumber? There is a good possibility that a storyline is brewing on the horizon for an (eventual) Lulu and Dante reunion.

While Philip will be preoccupied with Sarah for a little bit this Christmas season, once he realizes what Horton (and Xander) have been up to, the two will likely break up. Chloe and Philip’s romantic reunion in the new year is inevitable. The sparks between them flew like fire when they recently had a conversation upon Chloe’s return to Salem.

It won’t be too long before Maxie figures out what Peter has been up to, and when she does, these two will be headed for splitsville. Spinelli has been waiting in the wings to expose August, and while he and Jones have always been good friends and co-parents, the two were a thing at one point, too. As Spinelli helps Maxie pick up the pieces of her life, could their old chemistry together bring on a reunion?

Regardless of whether or not Shadam reunite, Chelsea can’t go on believing Adam has good intentions with her. At some point, she’ll realize she’s with the wrong guy, and if Nick is single too, Chick will come back together. Nick has a soft spot for Chelsea, and if she becomes available, Newman will pounce at the opportunity.

Phick is hanging on by a thread at this point. After the magic of the holidays wears thin, these two could break up in the new year. If Nick heads back to his ex, Phyllis may jump in that direction, too. Jack has failed miserably at relationships since he and Red divorced, and that’s because there’s a small part of him that still loves her. If Phyllis could learn to appreciate the magic that Jack brings to a romance, then she could finally find her “happily ever after.”

Nicole has seemed “lost” since Eric left Salem, and is in desperate need of a storyline outside of Henry and Allie’s keeper. Could going back into business with Brady help to spark some excitement for Nicole? Looks like it should. These two have always had an incredible friendship, and their romances have been an amazing watch in the past. Perhaps they give it one more go in 2021.

Domestication is not working for JaSam at the moment, and Sam is getting fed up with living the mob life. Is it time for Jason and Sam to move on from each other? There are many fans out there that would love to see Jason and Liz reunite. After all, they made a fantastic super couple back in the day. They could rekindle some of that magic in 2021. 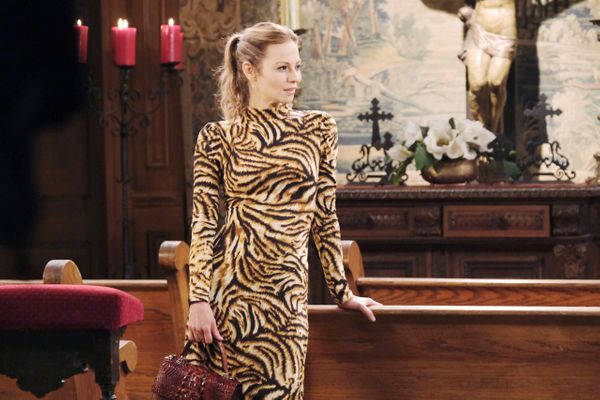