Leighton Meester and Adam Brody recently joked about the obsession fans have with their TV personas uniting in real life.

The couple who tied the knot in 2014 and share a 22-month old daughter are of course best known for their prominent roles in two of TV’s biggest teen series. When news broke of their relationship, fans everywhere fawned at the idea of their polar opposite television personas igniting a romance in real life. Meester starred as the pompous it-girl from the Upper East Side in Gossip Girl whereas Brody starred as a comic-book-loving outsider in The O.C. When asked if they ever laugh about their character’s unlikely union, Brody joked, “Once a year, randomly, on our Seth and Blair day. It’s good for a laugh.”

30-year old Meester recently opened up about life after her lead role in Gossip Girl. “I started Gossip Girl 10 years ago when I was 20, and I’m 30 now,” she told Rogue magazine in February. “I loved doing it, and now I’m doing something else that I love, and something new that’s a little bit more my taste as a 30-year-old, something I’ve grown into.”

As saddened as we are that both these hit television shows have concluded, the marriage of Blair and Seth will continue to fuel our nostalgia for the time being! 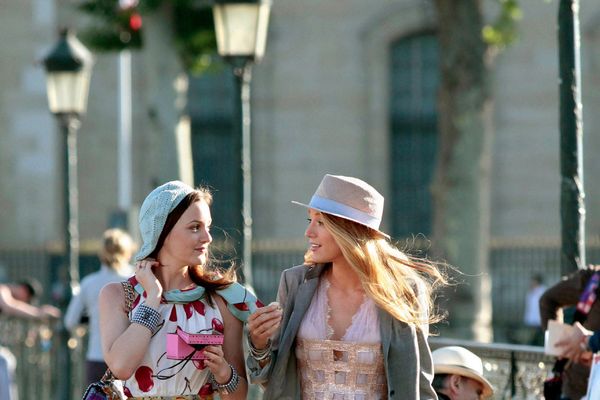