The show will be making its return with a set of fresh faces and new storylines. Showrunner Joshua Safran revealed on Wednesday that the reboot will be released on HBO Max in less than three months. Safran was joined by the show’s original creators Josh Schwartz and Stephanie Savage to produce the series.

News of the reboot’s premiere date came as a surprise for fans. Safran casually dropped the information on Twitter by retweeting Cosmopolitan‘s first look at the upcoming series. “Oh hi also: show drops in July,” he wrote in his caption.

The reboot was originally announced back in 2019 but faced delays due to ongoing global health concerns. The series will follow a similar plot to the original series by following a new group of privileged New York City teenagers with a new Gossip Girl in town. The show will have nine leading cast members including Whitney Peak, Emily Alyn Lind, Evan Mock, Jordan Alexander, Thomas Doherty, Eli Brown, Zión Moreno, Savannah Smith, and Tavi Gevinson.

One of the major differences between the reboot and the original series will be the inclusion of more representation and diversity. “Representation is everything,” Peak told Cosmopolitan. “I want all the hers and the hes and the theys and the people of color from all over the world to be able to watch the show and think, ‘That’s a person who looks like me. I don’t have to be the stereotypical idea of who I am.'”

Smith added, “It’s really important for a Black girl, with twists in her hair, to be able to see someone in a position of power who looks like her.”

She continued, “And it’s also important for kids in the suburbs or kids who don’t have a lot of Black friends or friends of color just to generally see us depicted in different ways. I think this could really change things. Maybe they’re not learning these things at home, but they’re seeing them on Gossip Girl. How amazing is that?” 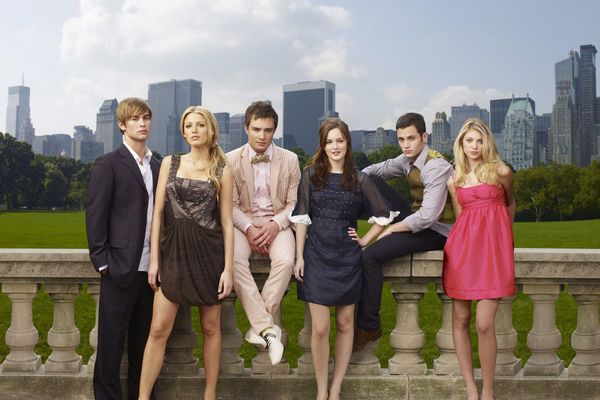